It’s official: Facebook has jumped into the dating pool.

Its new product, simply called Dating, is currently being tested in Colombia. Why there? It has a population of 30 million monthly active Facebook users and online dating is common. With a third of U.S. marriages beginning digitally and 200 million single people on the social network, it seems that Facebook is ready to make a move.

Which begs the question: Even though it’s a social media juggernaut and not another new startup trying to enter the industry, isn’t the online dating market too saturated for yet another platform? With what we know so far, Facebook has made one thing clear: This won’t be another Tinder.

There isn’t a swipe functionality on Facebook Dating. Matches are instead presented to users via the homepage. There, they can select “Not Interested,” or if they want to start a conversation, they can comment on their potential match’s nine photos or respond directly to one of their answers to an icebreaker question. You know what this means? No more riveting messages that say only, “Hey.”

Unlike other apps known for promoting hook-up culture, Facebook built Dating with long-term relationships in mind. Chris Cox, Facebook’s Chief Product Officer, has stressed that Dating is designed to foster “meaningful relationships.” Facebook’s insane amount of personal user data could be a major weapon in creating these quality connections, though that could be a double-edged sword for some suspicious users.

Facebook will be keeping regular profiles and Dating profiles completely separate. The only information that will automatically transfer over is the user’s first name and age. Otherwise, any new information will be manually entered. The Dating inbox will also be kept separate from Facebook Messenger and restricts sending links, payments, and photos. Can I get an amen? However, Dating does not require downloading a separate mobile app; it can be found married happily within the main Facebook app. This is welcome news for those of us who constantly battle phone storage problems.

One really interesting feature is the ability to connect with people who are in the same Facebook Groups or attend the same events. This can bond people from the start by displaying what they share in common, and is a great conversation starter. It also puts Facebook way ahead of competitors, though Tinder is currently testing their own version with Places.

So what does Dating mean for online advertisers? As it’s still in the early stages, Facebook says that it isn’t planning to monetize with premium subscriptions or advertising. However, if the test goes well and the platform is rolled out globally, this could be a big opportunity for advertisers who target customers with bachelor lifestyles or may be in need of products linked to dating (i.e. subscription clothing boxes or beauty and grooming supplies).

I also can’t help but think that this may be Facebook’s play to lure the younger set back to the channel. Reportedly 44% of users ages 18-29 have said they’ve deleted the Facebook mobile app from their phone in the past year. If Dating does bring back the younger demographic, brands targeting them may need to evaluate if Facebook should become a bigger part of their advertising and social media marketing efforts.

One important final note: Data could be both the benefit and drawback to Facebook Dating. No company has the amount of personal user information that Facebook has. Sure, this could guarantee better matches and longer relationships, but it could also be a huge turn-off to those who can’t forget about Cambridge Analytica and other similar privacy disasters.

I guess we’ll have to wait and see what information users are willing to give to Facebook for a chance at romance. What would you do for love? 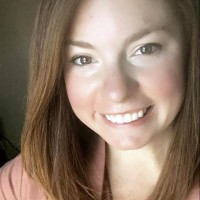